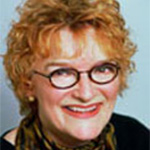 Georgia Nicols M.A. is Canada’s most popular astrologer. A Buddhist, this Vancouver-based astrologer was born in Winnipeg and is now one of the biggest names in stargazing, with international clients and a Web horoscope that is one of the hottest items online.

Born in Quebec (Canada), Marielle Croft has explored the world of Astrology since March 1973. She began her research in the field of metaphysics (kabala, esoterism, mysticism, psychology, divinatory arts, spirituality), and it naturally lead her toward Astrology which became her vocation, and a great passion.

Over the years, Marielle has developed a practice with a clientele from around the world. She gives lectures and is a frequent guest speaker at public events or group gatherings. She is an Astrology teacher, and she has received her accreditation as a certified advanced astrologer by the CAAE (Canadian Association for Astrological Education). She has had columns in newspapers and magazines, and appeared frequently on TV and radio shows.