John was striking out in his bid to find someone in Calgary. Christine was bummed about all the dead ends and wasted time she had with online dating in the past. 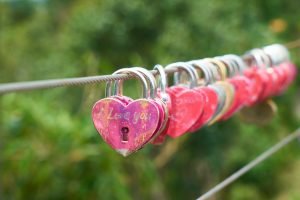 “I just needed someone to do the leg work,” recalls Christine, who works in real estate in Vancouver. “I was busy, so I needed someone to go through the weeds for me. And a best friend of mine really encouraged me to go to Susan.”
John had heard similar things about Susan, and thought, why not extend his search to Vancouver? Both signed up with Susan’s Divine Intervention Matchmaking service, and Susan provided the intervention.
Tellingly, neither John nor Christine can really recall each other’s profile. It was Susan’s insistence that they should give each other a shot that got them on the phone for the first time.
“It was April, during COVID, and John was the second person Susan introduced me to,” says Christine. “And I think I think she already knew ahead of time that it would be a really good fit. She asked that we talk for at least two hours on the phone. So we did it, even though neither of us really likes phone calls that much.”
Click! A string of six-hour phone calls, then trips between the cities, followed.

While Christine grew up mostly in Vancouver, her roots were also on the prairies. Both are in their forties and from European backgrounds with similar values. And both have a passion for business that rules their lives.
“It was just instant familiarity, and it was like I felt I’d always known him,” says Christine. “We were raised similarly, and our values are so similar. Even our use of profanity is very similar. We have a similar sense of humour, what we like in food and lifestyle, and we share a work ethic. And he doesn’t annoy me – and I get annoyed easily.”
This draws a knowing laugh from John, who recalls how easily the two co-existed during a 10-day Christine visit to his Calgary home in November.
“It’s like we hardly saw each other during the week,” says John, who’s in a senior management role in a large company. “If we were both working from home, she’d be upstairs and I’d be downstairs. We both go to the gym. We’d spend a few hours together in the evening, and that was great.”

After going through divorce a few years ago, Christine was not expecting to get married again. And while it’s not in the couple’s current plans, they haven’t ruled marriage out. But neither wants kids. They’re fine with their dogs and a thoroughly modern romance that revolves around rewarding work.
“I just never thought that I would want to live with someone again, to have someone in my space again,” says Christine. “I love my independence, but with John, it’s a different story. It’s really the best scenario for both of us. it’s like I don’t need to be with him all the time to be committed to him or to be loyal to him, and vice versa.”
***Note that this couple’s names have been changed to protect their privacy.