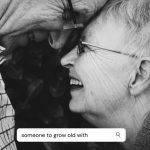 First came the pandemic. Then came a broken ankle from a slip on a slick patch of grass. The year 2020 was off to a rough start for Mary (not her real name).

“I had given up – I just couldn’t be bothered to try to find someone for a romantic relationship,” says Mary, recalling those dark days. “And with COVID… yuck! The whole thought of dating someone was like a big fat ‘NO’.” 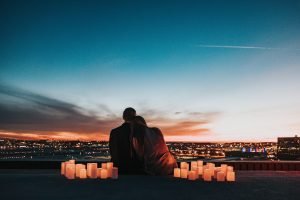 A designer who often works as a buyer of furniture and other items for film and TV sets, Mary had long ago sworn off dating anyone she worked with. In her early 60s, she felt no need to start anything new and figured she was fine on her own. Her last relationship had ended with the guy cheating on her.

But a call from Susan Semeniw of Divine Intervention Matchmaking changed everything. Susan broke through Mary’s reluctance with a plea to give some guy on Vancouver Island a 30-minute shot on the phone. “Thirty minutes? The first time we talked, the call lasted almost four hours,” gushes Mary. “On other calls, we talked as long as five and six hours. This guy is way more than just a nice guy. He’s very unusual. Intelligent, kind, with a sense of humour, and his conversational skills are epic.”

Susan had initially held back on showing Mary a photo of the guy. When she finally sent one, it was of a buff dude in a blazer. “I thought, well, he’s a nice looking man,” says Mary. “And wow, he’s really in very good shape. Even in a blazer I could still tell. That was different than what I’m used to – any athletic guys I had dated were built more like tennis players. But he was nice looking.”

Meanwhile on Vancouver Island, 67-year-old teacher Ian (not his real name) was falling hard for this sparkplug of a woman he had never met. And after nearly two months of marathon phone calls, it was time they got together.

“From the start, there was this affinity we felt for each other, and it grew into something more,” says Ian, a Clark Kent intellectual whose Superman years were spent in the world of pro sports.

Dinner, a ring, and a promise 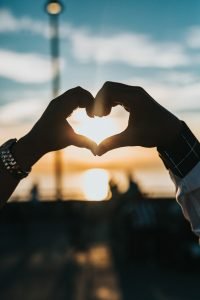 Two months into their virtual dating, Ian didn’t just want to meet Mary. He wanted her to get acquainted with his adult son and his best friend, too. Mary agreed to the meeting, on her terms.

“At the time, I wasn’t feeling great about myself and didn’t want to dress up,” says Mary. “I told him: ‘There will be no high heels. There’s going to be nothing.’ He talked about places to go for dinner and I said: ‘I don’t want anything fancy. Would you mind just making dinner at home so we could have a quiet night and I can put my foot up?”

Ian agreed, made a yummy souvlaki dinner and baked a pie. It turns out the intellectual athlete could cook. He also let her chill while he headed to his home gym for a workout, check in to ice her ankle, and introduced her to the son he lived with.

“I adore his son,” she says. “The two of us get along like a house on fire.” The second time Mary visited Ian, he had a surprise for her: a sapphire ring he had picked out for her weeks before he met her face-to-face.

“When I bought the ring, I was thinking, you haven’t even kissed this woman or held her hand,” he recalls with a chuckle.

“We had this virtual relationship, but there was such a great mutual attraction. I had found someone who was from the heart, and cerebral. There’s just something about her giving spirit. What we have is just so natural and right. It’s hard to explain it.”

When Mary was presented with the wrapped gift, she guessed it was jewelry but wondered why, because Ian knew she didn’t wear much jewelry. “And then I saw the ring, and that’s when he said ‘I love you’,” she says. 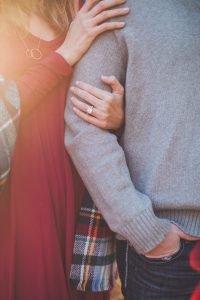 A word of advice to others: Always have hope

Ian and Mary are in it for the long haul. Ian is renovating his Island home to accommodate Mary.

His advice to others working with his Susan is to trust her judgment.

“There were several women [with Divine Intervention] who showed interest, and she rejected the idea because she knew they wouldn’t be right for me,” he says. “I had about four dates through the service before I met Mary. She’s one Susan really thought could be a great match. I’m still pinching myself and wondering how this all happened.”

Mary can’t believe it either.

“This is a one-off, I’ll tell you that, “ she says. “I’ve never had that thing with somebody where we just clicked this much. I admire him, he’s a really good man, and we have so much fun together.”